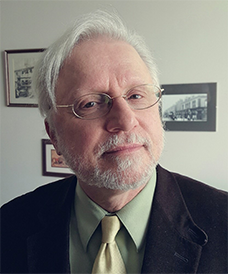 David Gutzke received his doctorate from the University of Toronto.  Since 1985, he has been a professor of modern British history at Missouri State University, specializing in studying the history of alcohol, especially drinking habits and the public house, and transnational Progressivism.  In 2017 he published two monographs: British Politics, Society and Empire, 1852-1945:  Essays in Honour of Trevor O. Lloyd (Routledge) and with John Law, The Roadhouse Comes to Britain: Drinking, Driving and Dancing, 1925–55 (Bloomsbury Press).  His earlier books were Women Drinking Out Since the Early Twentieth Century (Manchester University Press, 2014, paperback, 2015); Britain and Transnational Progressivism (Palgrave MacMillan, 2008); Pubs and Progressives: Reinventing the Public House in England, 1896–1960 (Northern Illinois University Press, 2006);  Alcohol in the British Isles from Roman Times to 1996: An Annotated Bibliography (Greenwood, 1996); and Protecting the Pub: Brewers and Publicans Against Temperance (Boydell/Royal Historical Society, 1989).

For many years he served on the editorial board of a series on alcohol published by Northern Illinois University Press.  He has delivered papers at seven international conferences as well as been interviewed by BBC Radio 4 in London. A past president of the Alcohol and Drugs History Society, he is completing a monograph, The Rise of the Mass Food Market in London, 1880–1930, to be published by Palgrave Macmillan in 2018.