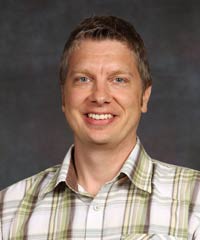 After receiving a PhD at the University of Missouri (2009), Miller initially taught at Westminster College in Fulton, Missouri, site of Winston’s Churchill’s famous 1946 “Sinews of Peace” speech, more commonly known as the “Iron Curtain” speech. Miller began instructing at Missouri State University in 2012, commonly teaching several sections of introductory World and American history. Since then, he has offered upper level courses on Modern Europe and Germany, including lecture, seminar, and research courses on Nazi Germany and the Holocaust.

Miller’s research agenda concentrates on the public interaction with the environmental modernization project of the Bavarian government, as it pertains to the development of nuclear landscapes policy, 1950-1980. After researching extensively in the Bavarian State Archives in Munich, Germany, he is composing an article on the little known antinuclear connection of nuclear power with anthropogenic climate change. These works expand our understanding of the public’s role in shaping what is often thought of as technocratic environmental, nuclear, and industrial policy.