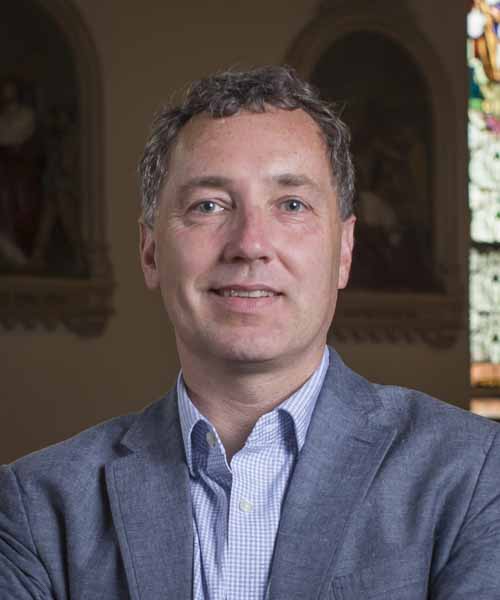 Dr. Eric Nelson is professor of history and director of graduate studies in the history department. His areas of expertise are in early modern French and world history.

Nelson's recent book publications include Ways of the World: A Brief Global History with Sources (3rd edition) and The Legacy of Iconoclasm: Religious War and the Relic Landscape of Tours, Blois and Vendôme 1550-1750.

Dr. Eric Nelson’s research interests have evolved since graduate school. His first monograph, The Jesuits and the Monarchy: Catholic Reform and Political Authority in France came out of his dissertation research and he continues to research and publish on the Jesuit Order. But one important theme from his first book—the problem of peacemaking after violent sectarian conflict—has become a separate focus of research, one that has led him to engage with the literature surrounding memory and space. He has published several articles on this topic and a monograph The Legacy of Iconoclasm: Religious War and the Relic Landscape of Tours, Blois and Vendôme, 1550-1750.

He is also active in the field of world history. He has co-authored a world history textbook Ways of the World: A Brief Global History with Sources and has co-edited and contributed to a volume of essays titled Layered Landscapes: Early Modern Religious Space across Faith and Cultures. Going forward, he sees his interests in the Jesuits, religious peacemaking and global history converging in a study of sectarian violence and peacemaking in a global context.